Pre-Requisite For the Triumph of Mary’s Immaculate Heart Por 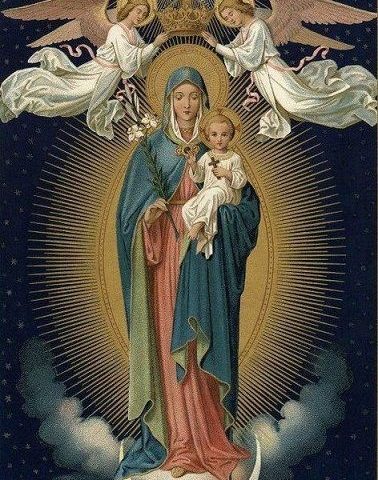 The Prophecy of Fatima Is Fulfilled

The stern condemnation of modern fashions by Christ’s Vicar shows that the prophecy of Our Lady of Fatima, “Certain fashions will be introduced”, had already been fulfilled in the Marian Year of 1954. Especially since, a little over one month later, on August 21, the Pope startled the world by his reference to the modern fashions as “a most serious plague”; and directed the Bishops throughout the world to “take action against this most serious plague of immodest fashions”.

To emphasize still more the seriousness of “certain fashions”, Pope Pius XII asked the Sacred Congregation of the Council to make a forceful appeal to all Catholics, but especially those in authority, to “leave no stone unturned which can help remedy the situation.” Thus, he repeated the action of his predecessor, Pius XI, who had asked this same Sacred Congregation to send out the “Special Instructions” in 1930 directing that the Roman Standards of modesty in dress (Marylike Standards) be followed.

How can we expect Mary’s triumph and world peace in an unchastened human society? And how can the reign of purity be established as long as these “certain fashions” continue to fan furiously the flame of passion in the hearts of men? Is it not evident from Our Lady’s messages at Fatima that modesty in feminine attire is a prerequisite for Her triumph and for world peace?

Let’s use our God-given faculty of reasoning. Our Lady tells us “Men must cease offending God. . .” In the next breath, as it were, she reminds us that one way in which God is offended “very much” is by those “certain fashions.” The conclusion should be plain. These semi-nude fashions retard Mary’s triumph, and are one of the chief causes bringing the world to the brink of annihilation.

Our Lady further revealed that “More souls go to Hell because of sins of the flesh, than for any other reason.” Who can count the millions of mortal sins of the flesh that are daily occasioned by immodest attire — evil thoughts and desires, touches, impure embracing, kissing, raping, etc. How can the Immaculate Heart of Mary triumph as long as “more souls go to Hell” through shameless fashions?

Again, a Christian society would never tolerate the current flood of indecent literature, movies, and television if it had not first tolerated the public appearance of semi-nude women and girls in the flesh. As Pius XII points out, “vice necessarily follows upon public nudity.” Which implies: when public nudity is tolerated, innumerable sins against purity necessarily follow, and the corruption of mankind.

Yet, who will convince our Catholic women and girls that their shameful attire is responsible that so many “souls go to Hell. . .”?

It will take a miracle to save a world which has forgotten God to such an extent that even many Catholics have turned to the worship of human idols in the form of body cult and sex worship. Our Lady of Fatima has promised this miracle that will save us from the “greatest catastrophe since the deluge,” (Pius XII) if we do our part.

Listen to the Virgin Mary’s pleas for “prayers and sacrifices.”

There can be no doubt that one of the sacrifices that is very acceptable to Our Lady is the sacrifice required to become ever more Marylike ourselves; and to promote energetically in others the “Marylike Way of Life” which will restore Marylike chastity and modesty to the world.

This will hasten true world peace, which is promised only through the Triumph of the Immaculate Heart of Mary. 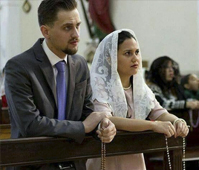